As autism burgeons worldwide, with the latest estimates of 1 in 50 children in the USA between 6 and 17 years old now affected, 1 parents are imploring physicians to go ‘all out’ for early diagnoses to enable highly effective and timely nutritional and behavioural intervention.
The United States Department of Health estimates that cases of autism have increased 500% over the past five years, bolstering a growing body of opinion that genetically predisposed children are encountering a neurologically toxic environmental ‘trigger’ that disables them and disconnects them from the world (proposed triggers include heavy metal toxicity, pesticides, viruses, and parasite/viral/bacterial-induced toxicity).

In a paper presented at a recent national autism association conference in the United States, Dr Bryan Jepson (author of Changing the Course of Autism: A Scientific Approach for Parents and Physicians),2 claims that 80 000 chemicals have been introduced into the global environment in the last 20 years, none of which have been tested for neurological toxicity. This timeframe neatly coincides with the duration of the mushrooming global autism epidemic, he adds. Projections are that within a decade the prevalence will be as high as 1 in 22 people. One encouraging sign that increasing awareness of the ‘trigger effect’ may be starting to make a difference is that children who were first diagnosed in or after 2008 in the USA were more likely to have milder autism spectrum disorder (ASD) than those diagnosed in or before 2007.1

According to Ilana Gerschlowitz, the director of the Star Academy of Learning in Johannesburg, which uses applied behaviour analysis (ABA) therapy for children on the autism spectrum (or with a related disorder), her academy gets 10 calls and/or e-mails a week from parents with tentatively or newly diagnosed children. Interestingly, in the Western Cape, 10 children a week are collectively diagnosed with ASD between Red Cross Children’s Hospital, Lentegeur and Tygerberg Hospitals. Accurate national autism statistics in South Africa are hard to come by but with just 9 specifically tailored schools in the entire country, an estimated 135 000 autistic children are not getting the specialised education they need. Other better-known facts are that ASD is four times more prevalent in boys than girls and that 1 autistic child needs the same amount of attention as 6 neurotypical children.

Can (and will) you diagnose autism?

According to Dr Dhershnie Gounder, a Durban-based GP (who like Jepson and Gerschlowitz, has a son with autism), most physicians have a low awareness of autism and thus fear and avoid making the diagnosis. ‘They’ve had little exposure at medical school, except as something to exclude when diagnosing. When I graduated in 2004, we had a single, one-hour lecture on developmental disorders. Our paediatric textbook had one line on autism in it. That means for at least those who graduated eight years ago, the awareness just wasn’t there. We still get paediatricians who won’t make an autism diagnosis because they say the child is ‘too young’. Yet every institution involved in autism stresses early intervention: the earlier you intervene, the better your prognosis.’

Gounder said one of her ‘constant battles’ is getting colleagues to stop worrying about ‘labelling’ a child. ‘I’d rather label them than have a developmental delay by losing out of a year or more of learning the essential self-help skills, handling nutrition and treating any gastric-type symptoms so they don’t fall too far behind.’ A single year for a 3-year-old is a big portion of their lives – she says she’d far prefer to be told her child had a developmental disorder than be ‘kept in the dark, hoping it will go away in six months or a year’.

Adds Gerschlowitz, ‘There’s so much old school out there simplistically labelling it a neurological disorder, calling them retarded, when we know it’s a treatable biomedical disorder – there’s a medical condition underlying autism which is causing the neurological dysfunction.’3
Asked what she’d do if she had a single ‘magic wand’ wish, Gounder replied, ‘Tell Dr Motsoaledi (the national health minister) that every single doctor needs to know what the red flags are for autism, and add a question on autism to the final paediatrics exam.’

Jepson believes autism is too complex to be caused by a single environmental insult, adding that the much-debated removal of thimerosal from vaccines will not cause ‘autism to go away completely’, because there are autistic children who were never exposed to thimerosal. He uses the analogy of ‘the straw that broke the camel’s back’ to describe how autistic children (genetically vulnerable to start with) are loaded with ‘lots of straw’ (i.e. increasing environmental toxicity). ‘If you’re a child who can’t detoxify, any of those chemicals might cause harm. The accumulation of multiple chemicals can act cumulatively or synergistically, one making the other more harmful,’ he adds. 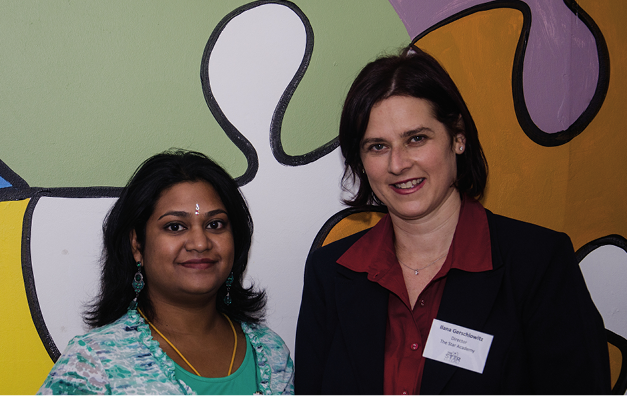 Jepson’s approach is to look at the body from a biochemical perspective and attempt to treat the root cause rather than ‘just patch a band-aid’ on the symptoms. ‘We treat the gut. We support their own detoxification system. We remove the toxins from their bodies. We break the inflammatory cycle. We support their immune system. We treat for viruses. We try to heal the tissues. And we teach them.’ Jepson said there is a misconception, even among those in the autism community, that one either seeks biomedical treatment or does ABA therapy. ‘It’s not either/or: you do both. You must remove the barriers medically and simultaneously you have to teach the children (self-help skills). They have to catch up to the stage their peers have achieved naturally.’ He firmly believes autism is an environmental illness with a genetic component, and that it’s a complex metabolic disease, not merely a developmental disability (a view an ‘alarming’ number of doctors hold). Autism involves ‘multiple body systems interacting with one another’ and is eminently treatable.

Gounder feels strongly that many of her colleagues attribute symptoms such as head shaking, lack of appetite and/or attention span and stomach-holding to ASD instead of treating symptomatically, often with dramatic results. She gives the example of a child who won’t concentrate or listen and shakes his head from side to side being regarded as ‘unteachable’.
‘When you look a bit further, you find the child doesn’t sleep at night because they have reflux, abnormal bacteria in their gut and constant pain. They won’t feed at night. The lack of sleep leads to hyper-activity and head-shaking. When you treat all of that, the behaviour improves and the attention span increases. Often the physician has it backwards, i.e. that the kid has diarrhoea or isn’t feeding because of his autism. They also tend not to take a sufficiently detailed history.’

Her own son, Shaurav, now almost 6 years old, was born neurotypical, the only abnormality being that his TB immunisation wound never healed and was still oozing puss at six weeks. Her paediatrician said his immune system was very active because his mother had been constantly exposed in her work, leaving her mollified and ‘even excited that his system was so strong’. 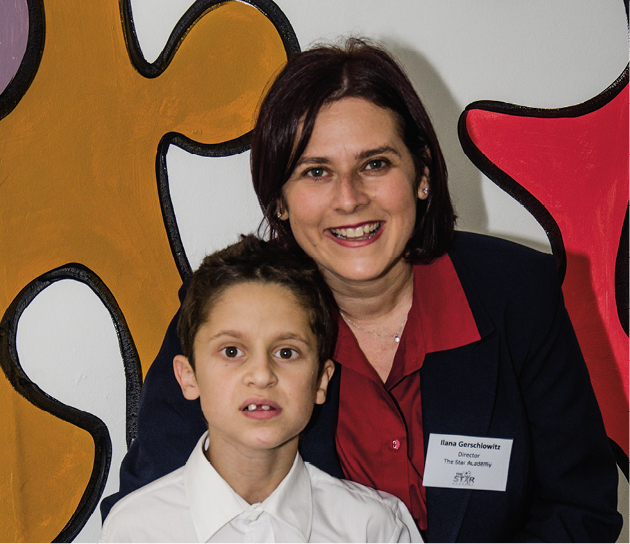 With every vaccine administered between six and 14 weeks old, Shaurav’s temperature would spike, he’d vomit and have diarrhoea. At 9 months and 1 week he received his measles vaccine. Exactly 7 days later his temperature spiked, continuing in a low-grade fever for 4 and a half days. During this time, he was restless, could not sleep, gagged on food and vomited, became sensitive to textures in his mouth or on his body, lost eye contact and stopped responding to his name. Just before his fever abated, he got a macular rash that lasted a day and then disappeared. His paediatrician diagnosed an ear infection and prescribed paracetamol. Gounder said her son’s development ‘just faltered from there on, and finally at 16 months I was convinced that there was something wrong. Our paed didn’t see it.’ She wormed her way onto a paediatric neurologist’s very long waiting list and in mid-May 2010 was told that her son ‘looked a bit autistic, but it’s still too early to tell’.

Today Shaurav uses an iPad to communicate his needs, (e.g ‘Mum, may I leave the table?’), attends normal pre-school three days a week (with an aide), completes puzzles, identifies colours and shapes and is compliant; all attributed by his mother to starting ABA therapy at 2 years and 4 months old. Gounder is fascinated by the number of parents of autistic children she encounters who have some kind of auto-immune condition, and believes that this goes some way towards explaining the rapid expansion of autism.

Gerschlowitz described how her son David was born neurotypical with normal development until he regressed at 15 months, leading to a diagnosis of severe autism. He lost eye contact, stopped responding to his name, no longer played appropriately with his toys (repeatedly lining them up), lost his language ability and stopped pointing. ‘He became unreachable and seemed unaware of his environment. The first thing doctors did was have his hearing checked, but I mean if you slam a door and the kid startles, he can hear, so we waited in vain.’

She describes how she believes the ‘gun was loaded’ for David: between nine months and 15 months old he suffered ‘countless’ ear infections which were treated with antibiotics, he was vaccinated for hepatitis B at five months old and had his two measles shots at nine and 15 months (blood results showed his body couldn’t build the antibodies to measles because of weak immune globulins). ‘I’m not saying any of these caused the autism, but they helped load the gun,’ she explains.

Asked what made the single greatest difference for her son, she responded: ‘Treating his gut.’ At 20 months David was having up to 10 episodes of diarrhoea per day and was pale-skinned. His paediatrician diagnosed ‘toddler’s diarrhoea’ and promised he would ‘grow out of it,’ even though several text books list this as a typical symptom of autism. Later she put him on probiotics, and made sure his diet was free of gluten, casein, sugar and soya and that it included specific carbohydrates. To this she added cortisone for inflammation and followed the protocol of several American experts: intravenous immunoglobin and chelation treatment to remove metals.

Her advice to parents is to seek out the best possible expert input, read up on the condition and go for ‘one-on-one’ teaching, using ABA therapy. Quoting from the book, Children with Starving Brains: A Medical Treatment Guide for Autism Spectrum Disorder by Dr Jaquelyn McCandless,4 she likened children on the autism spectrum to the ‘canary in the coalmine cage’: ‘They send us the message that the environment is too toxic.’ So confident was she in the neurotoxic theory that she had another child after David’s diagnosis, this time doing everything the experts recommended to avoid toxicity and prevent the ‘cascade into autism’. Her child was born normal and continues to thrive.

The Star Academy featured in Living and Loving
Scroll to top