ABA is a modern-day miracle. I have seen it change and enrich many lives of children with autism, and so the lives of their families. Sadly, ABA is a forbidden word in some autism communities. There are many reasons for this and we will look at some of them towards the end of the article. However, for now, I want to sympathise with parents, professionals and adults living with autism, who advise others to steer clear from ABA in the treatment of autism. I, as a professional in the field for 8 years, have witnessed what we call “bad” ABA and “good” ABA. Unfortunately, a lot of my clients had to travel along the bumpy road of trial and error until they finally found a good quality ABA programme. My objective is to inform, specifically parents, that “good” ABA does exist. We need to spread the word as our kids do not have time to waste in the fight against autism. 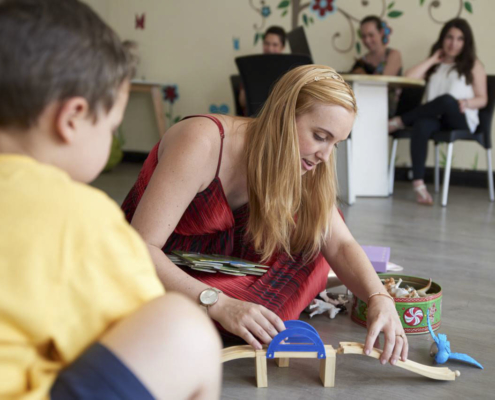 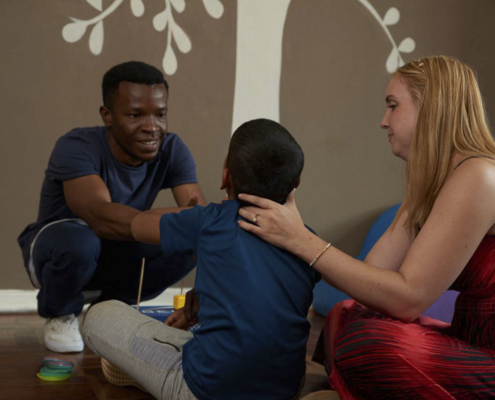 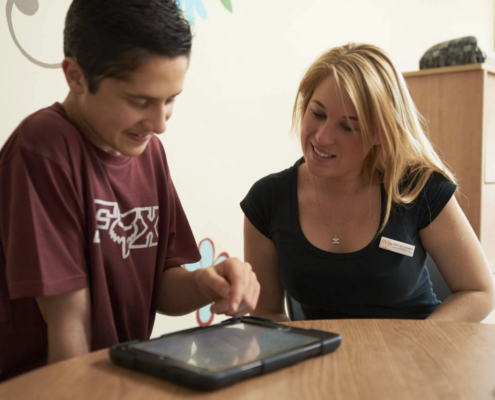 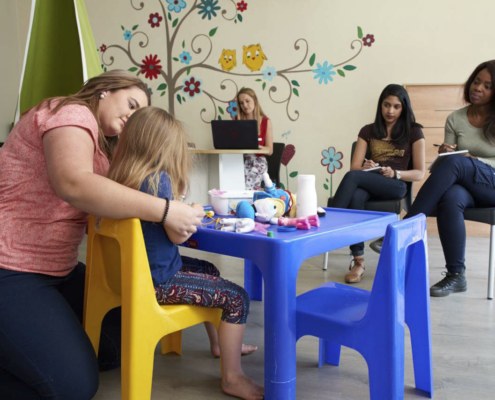 “Our kids do not have time to waste”- At the Star Academy, we take this sentiment very seriously.

In creating an understanding of what a “good” ABA program should look like, we need to take a closer look at how autism is defined, what ABA is and some common misconceptions regarding ABA.

Autism defined:
Autism or Autism Spectrum Disorder (ASD) is defined as challenges with regards to social communication and social interaction. This includes deficits in social-emotional reciprocity, deficits in non-verbal communication and deficit in developing, maintaining and understanding relationships. It also includes restricted, repetitive patterns of behaviour and interests.

Autism hallmark signs typically appears during the first three years of life. Some children with autism do not reach the developmental milestones on par with their peers, other children develop typically at first, only to lose skills such as speech, eye contact, etc. This is commonly known as regressive autism.

The DSM-5 gives a comprehensive definition of what autism is. However, defining autism is just not enough to develop a treatment plan. Autism is a complex spectrum disorder. Each person with autism has unique strengths and challenges. Autism ranges in severity from needing substantial support in order to be functional in everyday life, to some limitations to an otherwise “normal” life.

Furthermore, an autism diagnosis now encompasses so much more than what we knew in the past to be an “Autistic disorder”. It now includes what was previously known as Asperger’s syndrome, pervasive developmental disorder and childhood disintegration disorder. In addition to this, there are many comorbid disorders to the autism spectrum such as; a Fragile X syndrome, Epilepsy, Sensory Disintegration Disorder, Down Syndrome and Attention Deficit Hyperactivity Disorder, to name a few. Some children with autism also have gastrointestinal symptoms.

This highlights the complexity of the autism spectrum and brings me to one of my favourite sayings: “Once you have met one person with autism, you have met just one person with autism.” This could not be more true. When looking at treatment for autism, this saying should be kept in mind at all times. In defining autism and taking the possible co-morbid disorders that each child with autism might present with into account, it is clear that an individualised treatment plan is the only way forward.

Taking a closer look at ABA:
ABA is one of the most commonly used treatments for Autism, and it is the single most effective treatment for autism. It is the application of principles of behaviour to issues that are socially important in order to produce practical change. The principles of behaviour states that a desirable consequence to a behaviour, increases the future frequency of that behaviour, whereas an undesirable consequence, decreases the future frequency of that behaviour.

In more simplified terms, this means that if we reinforce (giving something good) for a behaviour (this is anything that we do/say), this behaviour will occur more often, if we do not reinforce a behaviour, the behaviour will occur less frequent or stop occurring at all. This is usually true in our everyday lives. Let’s look at an example of this in everyday life: If you speed on the highway but never get pulled over, chances are, you will continue this behaviour. If, on an unlucky day, you get pulled over, you will think twice about speeding in that area the next day. If you get pulled over a second time at the same spot, you will probably stick to the speed limit every time you drive past that spot. This brings me to my next point: the more consistent the consequence for a behaviour, the stronger the change in that behaviour.
In ABA, we use these principles of behaviour to 1. build and expand on the skill set of the child with autism (skill repertoire building) and 2. decrease any challenging/inappropriate behaviour a child with autism may engage in (behaviour management).

Skill repertoire building:
At the Star Academy, we look at he child as a whole to determine his/her strengths and deficits. This guides the Star Academy supervisor in designing an individualised program that caters specifically for that child’s needs. In treating autism, The Star Academy’s curriculum consists of 8 domains: Language domain, Adaptive domain, Play domain, Social domain, Cognition domain, Executive functions domain and Academic domain.

Common examples of what this looks likes in practice:

This is another over simplified explanation of how ABA is used. ABA is more complex than can be expressed in this article. Things to keep in mind when reading the examples;

These are just some of the many values that make an ABA programme not just good, but great! These strategies and methods used within the programme equip a child with autism to live the best life he/she can live.

No one has a bigger, more stressful, more daunting task to plan the way forward, than parents who just joined the world of autism. The first step, and most natural step, that parents take is to browse the internet for support and advice. We join Autism communities and learn from other’s experiences. In today’s life, with autism on the rise, there are countless online support groups, articles informing you of what you should and should not do, treatment options, etc. It is magical in the way it connects parents with others who understand their struggle. In this tough, ongoing fight against autism, a support network makes the road to a ‘better’ life a little easier. However, all this (sometimes contrasting) information can be overwhelming and lead to more stress and anxiety. Not everyone agrees with the way forward.
I have seen many parents test the ABA waters, scared to start, but so desperate to support their child in the fight against autism, and although it is never too late, early intervention is key. For this reason, it is vital to spread the word of “good” ABA and clear up some misconceptions.

Below are common misconceptions of ABA:

1. Aba is experimental in the treatment of autism
This cannot be further from the truth. ABA is an evidenced based science with more research to support its effectiveness than any other therapy used for children with autism. Scientific, peer-reviewed studies on the practice and effects of ABA have been conducted. Data collection is a vital aspect of ABA. This data reveals the progressive effects of ABA.

3. Using ABA as a treatment for autism causes children to behave like robots
When ABA is implemented correctly, this is impossible! ABA has many different teaching strategies used to teach children with autism. Some are more structured while others are embedded in play activities. One of these strategies is called Discrete Trial Training (DTT). This instructional technique involves frequent repetition of the targeted skills. It is also a very structured way of teaching. Some believe that this way of teaching, limits a child with autism in many ways. For example, not being able to think in an abstract way, not being able to ask questions such as “Why?” or “What?”, not being able to respond to a question in any way other than the way they were taught, and this list goes on. The truth is, DTT, and other instructional techniques used in ABA, are actually ways of teaching a child with autism to do and engage in exactly these behaviours that critics state they will not be able to. For some children on the autism spectrum, it might be needed to use a more structured teaching technique to lay the ground work for mastery of the above-mentioned skills. Although some instructional techniques are more structured, a well-designed programme incorporates strategies to prevent the creation of “little robots”.

Most children with autism do not learn like their peers in school, thus, it is up to us to find a way to teach them. In ABA, we do exactly this. If this results in the creation of “robots”, it is definitely not the application of good ABA.

4. ABA is only for children with autism:
ABA is very effective in the treatment of autism but, the magic does not stop there. Adolescents and adults can also benefit greatly from ABA. In addition, ABA can be used in the treatment of other disorders such as ADHD and Down Syndrome.

5. ABA is a technique used to train animals
As mentioned earlier, ABA is based on the principles of behaviour. These principles are used to teach new skills and to manage problematic behaviour. It is true some behaviourists use this in the training of animals. However, the use of ABA is not limited to one specific field of behaviour, neither is the success of it.

6. ABA uses food in the teaching process which makes children with autism dependent on edibles

The value of reinforcements in the teaching process cannot be emphasised enough. When a child is motivated to learn, successful skill building and behaviour management can be guaranteed. Depending on the child, food and drink are most often used as reinforcers to ensure motivation. Having said that, an effective ABA programme always encompasses strategies to fade this over time thus, the use of edible/tangible reinforcers is sometimes common in the initial stages of the program, but through pairing and detailed planning for the future, children are taught to find reinforcements in their natural environment.

These are just a couple of the misconceptions that exist about ABA.

Remember the following important facts when coming across misconceptions that might stand in the way of effective treatment of autism:

Autism – more articles on our site 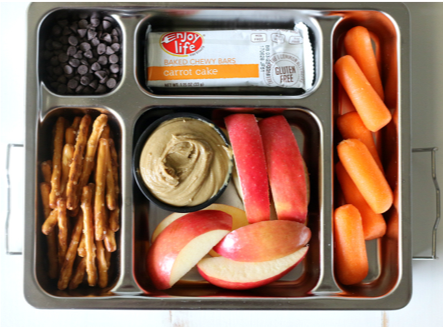