Ilana Gerschlowitz was a successful lawyer before her eldest son’s autism diagnosis, which then sent her on a journey for answers and led her to found The Star Academy – a treatment and recovery centre which specialises in autism – where she’s now the director. Ilana is also the author of Saving My Sons – a journey with Autism and given that today (2 April) is World Autism Awareness Day, we caught up with her to find out more about her story and to get some advice for parenting during lockdown. 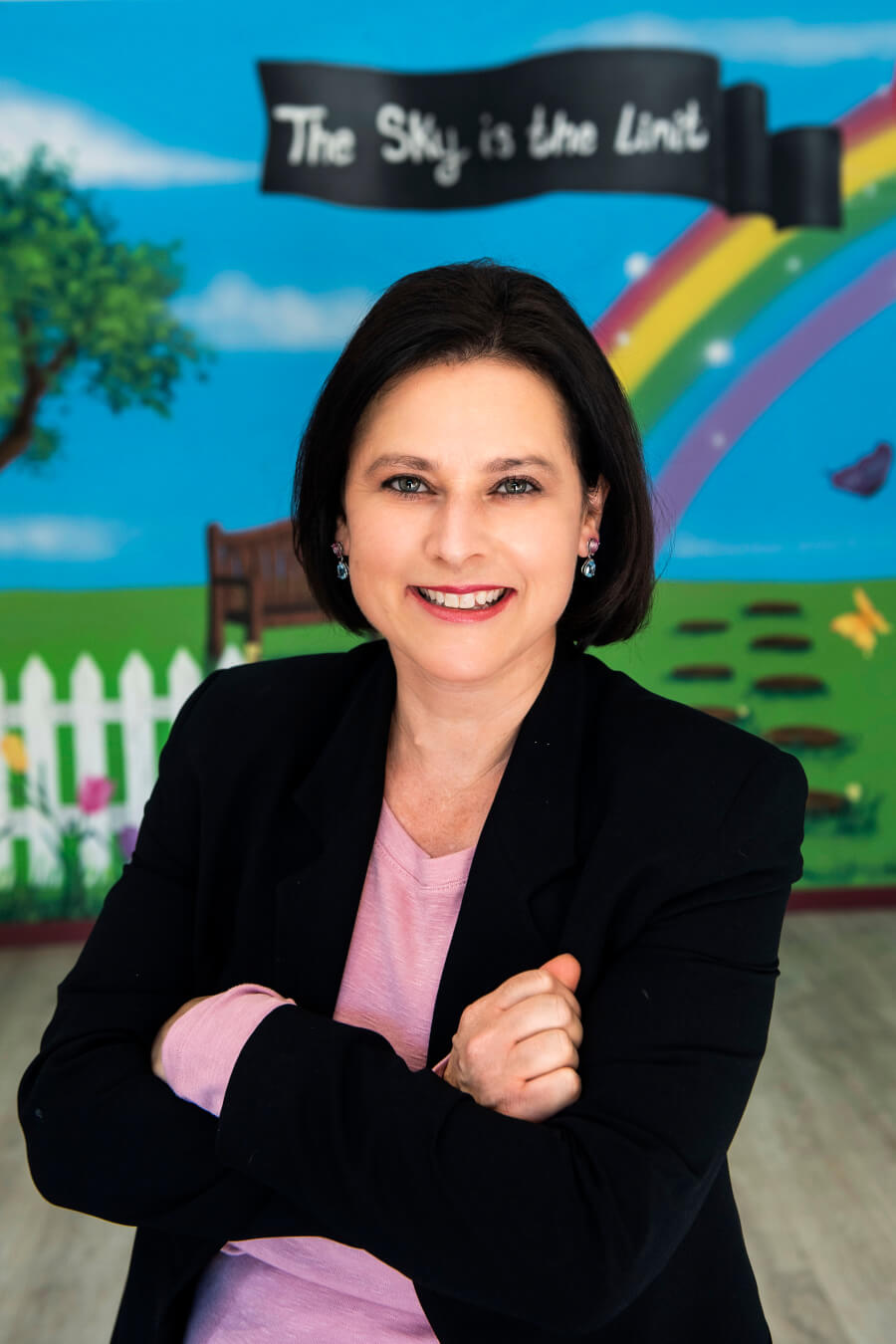 Tell us a bit about yourself

I was raised on a farm in the Free State and in 1993 I moved to Johannesburg to study a commerce degree through the University of South Africa – finally I’d moved to the big city to live the life I’d dreamt about! In an attempt to make friends I decided to join a group of students who were going on a weekend away. It was there I met Martin for the first time. I fell in love instantly with this tall dark and handsome boy who in no time managed to sweep me off my feet and steal my heart forever.

After completing my undergraduate commerce degree, I went on to do a law degree through Wits University. I finished it in 1998 and started my career as an attorney in 1999. After two years of articles at a prominent law firm in Johannesburg I continued to specialise in labour law. My perfectly mapped out life was firmly on track.

Martin and I married in 1998 and after four years of marriage it was time to take the next step. I fell pregnant with our first child (David) without any difficulty. My pregnancy was normal and I remember the cesarean and the excitement of having a baby as if it were yesterday.

David’s development was on track until 18 months where we suddenly noticed a regression. He stopped responding to his name, made minimal eye contact, began to flap his hands, lost the words he could say and lined up his toys in a long row. I became increasingly more concerned as the days passed and schlepped him around town looking for answers.

In February 2004, when David was about 20 months old, we visited a developmental specialist. The outcome of this visit turned into a surreal nightmare from which there was no escape. In a perfectly calm, matter of fact voice she uttered this dreadful news and advice: He will never speak, go to school be toilet trained have friends, get married or hold down a job. Take out an insurance policy and see a psychologist. We finally had our diagnosis delivered in cold brutal language. 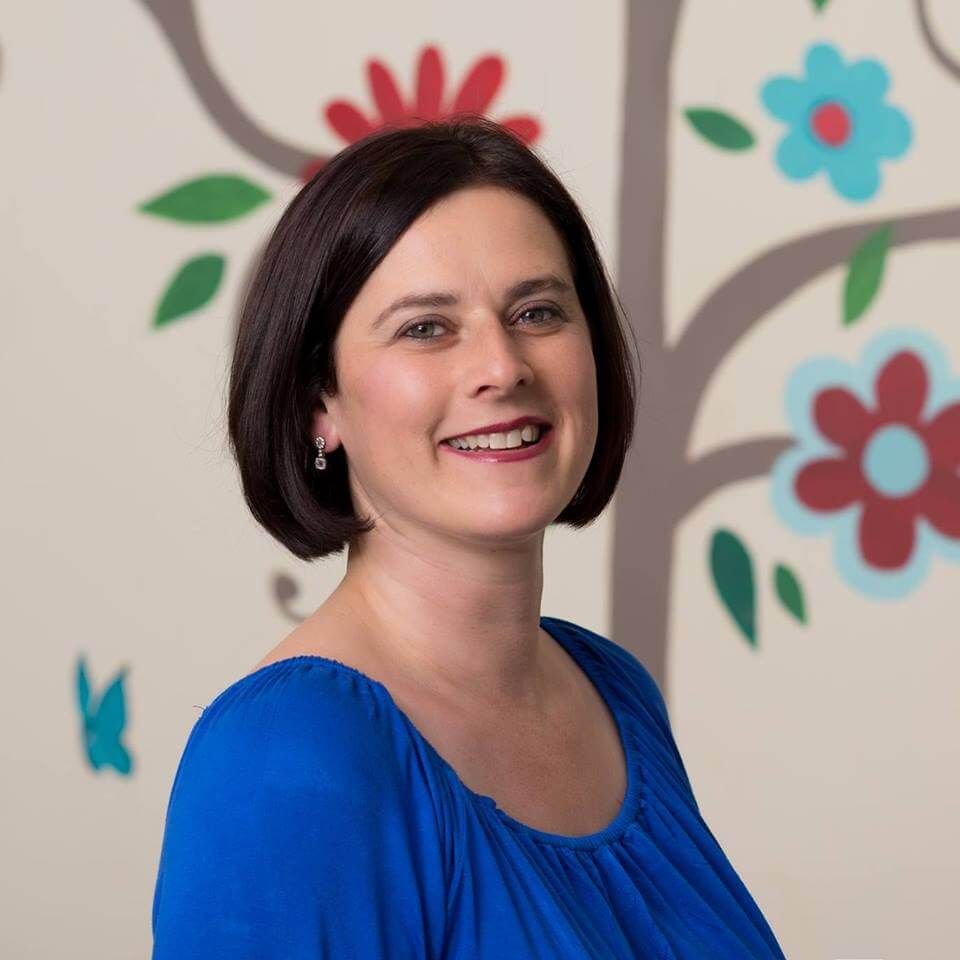 Tell us about The Star Academy

After David’s initial diagnosis of autism Martin and I would often fly to the USA to attend conferences on autism. We left no stone unturned to find treatment options. At that time South Africa had nothing much to offer apart from accept him and make him comfortable. Well I was not prepared to sit back and accept the horror of an autism diagnosis left untreated. I was going to fight to get my son back. In 2009 I hosted a landmark Conference in South Africa. The Challenging Children Conference provided a platform for the presentation of the latest treatments and developments in autism. I was determined to bring South Africa up to speed with the latest developments in autism treatment and wanted to share with parents and professionals in our country everything I’d learnt about when attending the Conferences in the USA.

The Challenging Children Conference was ground breaking for South Africa. For the first time we managed to dispel the old archaic notion that autism HAS to be a lifelong disability. The international speakers who presented at the conference included Dr Doreen Granpeesheh – the founding director of the Center for Autism and Related Disorders (CARD) in the US.  Doreen presented on a teaching methodology called Applied Behavior Analysis (ABA). ABA is evidence based treatment for children with autism and ADHD. In America it is endorsed by the US surgeon General, the American Academy of Pediatrics and is covered under medical insurance in 50 States. With the help of Doreen we established the Star Academy (Star).  Doreen sent her top clinicians from USA to South Africa on a mission. Doreen’s team dipped their brush into a pot of ABA magic and painted David’s world in colour. For the first time since his diagnosis years back David started to learn and was provided an appropriate way to communicate.

Star has now been established for ten years and provides individualized education plans for children with autism and ADHD not only around the country but also across our borders in countries such as Ghana, Zimbabwe, Zambia, Mauritius to name a few. Our expert team of trained ABA instructors deliver one-on-one instruction to a number of children enrolled on our program.

If a parent is worrying about their child’s development they should get it checked out as soon as possible as early intervention and diagnosis sets the stage for recovery. The modified checklist for autism in toddlers called the MCHAT is a checklist that is free, validated screening tool of 20 questions that assesses a child’s risk of autism. If you have concerns about your child’s development you can download the MCHAT and take it to your pediatrician and ask him to go over the criteria listed in the checklist.

What are some common misconceptions about Autism?

1.Autism is a lifelong disorder – Autism need not be a lifelong disorder. According to the Center for Disease Control and Prevention research shows that early intervention treatment can greatly improve a child’s development. Autism is treatable and recovery possible.

2.There is no cure – There are two key interventions which address and autism diagnosis. ABA and biomedical treatment. ABA is evidence based treatment for children with autism and a medical necessity. Bio-medical treatment includes treating the underlying causes of autism such as inflammation, immune dysregulation iral fungal bacterial infections, impaired detoxification, food allergies nutrient deficiencies and impaired methylations. Evidence based medicine proves that autism can be a treatable medical illness.

3.Children with autism should be placed in a special needs school – a one size fits all approach doesn’t work because each child has a unique manifestation of autism. Every person with autism must be treated and assessed on an individual basis. An Individualised Education Plan (IEP) should be designed for each child.

4.‘Children with autism are savants – it is very rare to find a savant.

5.Children with autism cannot form connections with others – children with autism may not always perceive the subtleties of body language or the nuance of tone in a voice which means they may not detect sadness or sarcasm. However this doesn’t stop them from enjoying fulfilling relationships with parents siblings spouses and children. It does mean however that they can experience challenges in navigating social relationships and understanding social cues. 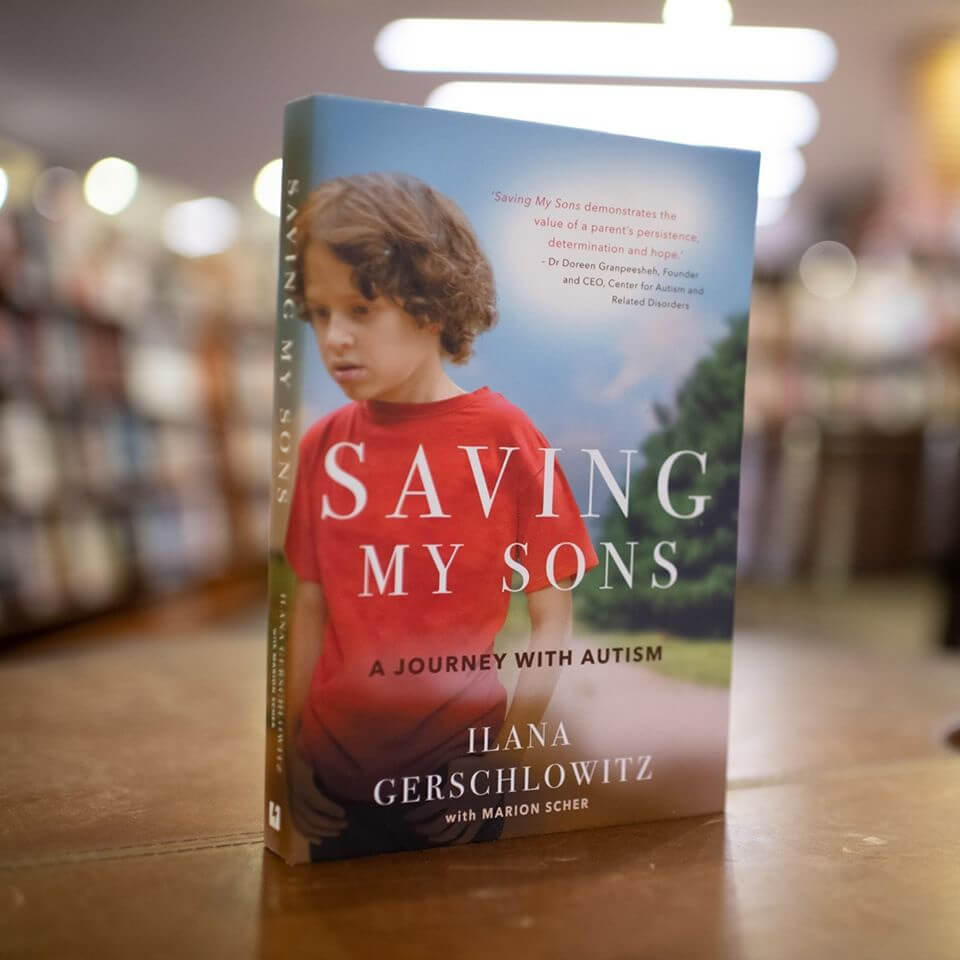 Why did you write Saving my Sons Sons – a journey with Autism?

I had a story to tell and I wanted to provide a road mapping and way forward for other parents battling the autism diagnosis. I wanted to dispel the old archaic notion that autism HAS to be a lifelong disability and I wanted to educate professionals, doctors, psychologists, teachers , speech therapists and OTS on the latest treatments and developments for autism. Psychiatric medication can no longer be accepted as a valid first line of treatment for children with autism. I call on all health professionals in their country to open their minds  and embrace the many new areas of research and evidence based treatment in this field. Autism has been so misunderstood for so many years…. The time has come for change! This is specifically needed because of the significant growth in the number of children diagnosed with autism – a growth that cannot be explained merely through the improved diagnosis of this condition in the past decades. Autism has hit our planet like a raging tsunami – out of control, demonstrating nature’s fury. But where are the South African doctors looking for the explosive forces behind the autism tsunami?

What advice would you give to parents who have an autistic child or suspect that their child is autistic?

Never, ever give up hope! Autism means game on. Not game over! Out on your boxing gloves and fight for your child. There is absolutely nothing to accept about an autism diagnosis. Autism is treatable and recovery possible. Don’t delay convincing yourself that your child is a late talker. The sooner you can get your child the help they need the better the prognosis and outcome will be. Even though early intervention is important it is never too late to start the right treatments.

What advice can you give to parents of Autistic children during lock down?

My advice to parents is to create a schedule and to keep the day as structured as possible. The Star Academy team are offering remote services via Zoom to all children with autism. The online learning is working very well. Some children can manage the Zoom instruction on their own and for other children their caregiver or parent can assist them to ensure that they continue to learn and acquire skills.  Parents can choose the number of hours per day they would like support. We are also providing parent training for those parents who are at home with their children and want to embrace the opportunity to help their children develop certain skills while at home. From behaviour intervention plans, to adaptive skills, to improving communication and social skills and helping with downtime activities we can assist parents to make the days during lockdown count! Parents can also request scheduled time on zoom within their budget. If anyone wants to get in touch with us they can reach us at scheduler@thestaracademy.co.za or call us on 011 440 7796.

Where do you see yourself and The Star Academy in five years time?

Over the last decade our Star team have changed the lives of hundreds of children on the African continent. In five years- time I hope that we no longer have barriers to access ABA in our country and that Star will be able to help many more children change the course of autism. The only way I can describe what we do at Star is to liken it to recreating a person.  In five years time I hope our medical aids will have come on board and will recognise ABA as an essential service and medical necessity. I see the Star Academy helping many more children find their voice.

This article was written byAmber Richardson for Hello Joburg:

Coping with a child who has autism, at home, during COVID-19 – Discovery...
Scroll to top