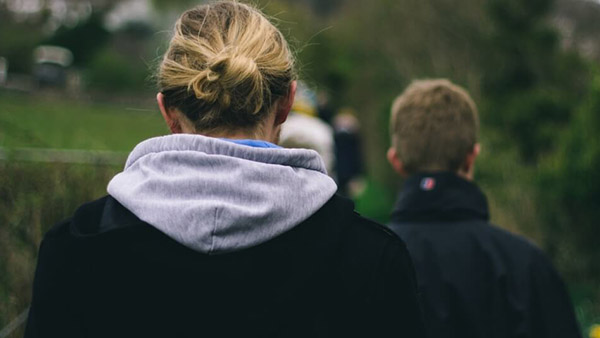 If you are on any social media channels, I’m sure you’ve seen the meme that reads, ‘autism moms have stress comparable to combat soldiers.’

And it catches my eye every single time I see it.

That meme comes from a study done a while back by the University of Wisconsin Madison that monitored the stress levels of a group of mothers and their autistic children. The study lasted for 8 days and reported on their daily experiences.

They were interviewed at the end of each day, and on 4 of the days, researchers measured the moms’ hormone levels to assess their stress.

I’ve always been intrigued by this study. I know my life is stressful. At least it feels that way. ALL THE TIME. But is it really? Does the study back up what I am feeling?

I never knew real stress until I had my son. Yes, prior to him I had stressful moments too. That’s life.

A college final. A terrible boss. Planning a wedding. And of course money to name a few.

But nothing has ever compared to the stress I feel as a mom to a vulnerable, nonverbal child with anxiety.

I always say, my adorable, cute, funny, son can take any situation and bring the stress level up to a 10 real fast.

If you dig into the research it goes onto say, the levels of chronic stress experienced by the mothers were similar to those of combat soldiers. The greater the child’s behavior problems, the worse the mothers’ stress.

This makes sense to me. Although my son is 8, he has no self care. We feed him, bathe him, dress him, keep him safe, hold him outside, etc.

Mothers of those with autism reportedly spend at least two hours more each day caring for those children than a comparative group of mothers whose children were not autistic.

The mothers of the autistic children were interrupted at work an average of once every four days. For the other mothers, the frequency was fewer than one interruption every 10 days.

Every single work day for me consists of a MINIMUM of 2 phone calls, 2 emails and 1 text about my autistic son. And at least 2 appointments outside of his school per week. This means that getting to the doctor for myself is impossible.

I also marvel at how my other son is almost through his kindergarten year and has never required a phone call to school. Or a text. Yes, an occasional email about birthday cupcakes but that is about it.

The autism mothers were also three times as likely to report a stressful event on any given day, and twice as likely to be tired.

Well that one is just obvious.

In comparison with a nationally representative sample of mothers of children without disabilities, mothers of adolescent and adult children with ASD spent significantly more time providing childcare and doing chores, and less time in leisure activities.

Those statistics are my life.

I have to always be ‘on.’ Always alert. Always ready.

We don’t relax in our home. We don’t sit and read a book. Or watch television.

Our son needs constant one-to-one attention. Around the clock.

At any minute he could grab a scissors. Or put the end of a phone charger in his mouth. Or elope out the front door.

Baby proofing is still a very real thing over here. Except, our son is much bigger. More agile.

The most worrisome part? It probably isn’t going to end anytime soon.

That’s the part that the study seemed to leave out. The stress will last forever. Unlike the war.

I’ve never been a combat soldier. Nor do I want too. (People that choose to are amazing.) And I don’t know what their stress is like either.

But I know mine. And it’s through the roof.

Caring for a child that has no sense of danger. Almost seems to crave it. It means I always have to be ‘on’, alert, and ready for anything. Without a break.

That wears on a person.