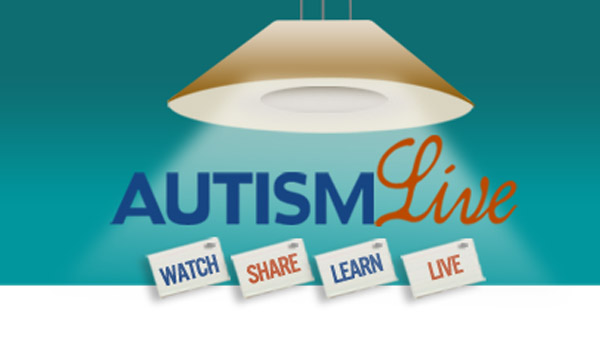 When I was a kid I was taught that sticks and stones would break my bones, but names would never harm me. It turns out that it isn’t true. In fact, I would argue the exact opposite. Physical bruises are horrible but they often heal much faster than emotional bruises. As an Autism Mom I have been getting a first class education into a whole new realm of words that cause bruises and I’ve noticed a strange trend. Autism + “R words” = emotional turmoil. What’s up with that?

Okay, obviously we’re all familiar with the campaign to “Spread the word to end the word”, referring to the “R word” retarded.  “Mental Retardation” was and is still used in some states to describe a clinical condition that has some fairly devastating effects on a person and their surrounding family.  Somewhere down the line this term became an insult, a multipurpose slur that took no account of how deeply hurtful it was, both to the person it was being hurled at but also to the individuals and families who were actually dealing with the diagnosis. Now the term is so past being politically incorrect that even when it is used clinically it is horrifying. I know.

Shortly after my son was diagnosed with Autism I had a woman from the local school district visit my home to talk to me about the services my child would be eligible for.  One of the first things she asked was, did my son have an actual diagnosis of Autism from an independent source?  We were lucky because he did. Our insurance, through my employer at that time, covered the visit to a developmental pediatrician who gave my son the diagnosis.  We were lucky for two reasons. 1) Many employers don’t cover (still) getting the diagnosis, and honestly we couldn’t have afforded it if it hadn’t been covered.  I have heard of people waiting 6 months and paying $6,000 to get a diagnosis! 2) The woman from the school district told me that if we hadn’t had a “qualifying diagnosis, such as Autism” my son would have been deemed “mentally retarded” in order to be eligible for services!  I felt like I had been slapped.

It was one of those moments when you try to hold it together but your body just won’t let you. Tears just started to flow. To be honest, I can’t even tell you all of the things I cried about while this total stranger watched me meltdown. I cried for my son, who I realized in that moment was going to have more than Autism to overcome in his lifetime. I cried for the moms who didn’t have the insurance or money to get an Autism diagnosis for their babies and had to sign a paper saying their kids could be deemed mentally retarded in order to get services. I cried for those babies who were stuck in a system that was antiquated and didn’t understand them. I cried for the lady who was sitting in my house saying these things. What must it be like to go to people’s homes and say these things, knowing how wrong it is? I cried for the families for whom the designation would be true; because sometimes Autism does accompany other diagnoses including mental retardation. And honestly, I cried for myself and the horror of realizing that I used to be someone who just didn’t get how important it is to not ever misuse words.

Oddly enough, retarded, isn’t the only R word that cuts deep in the Autism community; there are several!  Here’s one: RECOVERY.  If you want to start an argument in the world of Autism, trot that one out and sit back and watch the fireworks!  Recovery is a word that some people in the Autism community use when a person who previously received a qualified Autism diagnosis no longer qualifies for that diagnosis.  It’s important to note here that individuals are diagnosed with Autism based on a specific criteria of behaviors that are impeding the person’s life.  I know it’s popular to say that anyone who is quirky is on the Autism Spectrum, but the truth is there is a diagnosis of a DISORDER which is a lot more than being quirky or eccentric. Science has revealed repeatedly that some individuals, through intensive good quality Applied Behavior Analysis, can improve to such an extent that they no longer qualify as having a disorder.  In some cases they are virtually indistinguishable from people who never qualified for an Autism Spectrum Disorder (ASD), in other cases they may appear unique or quirky, but have no significant challenges impeding their ability to lead a happy, productive life without any kind of support.  In both cases that would be called recovery by many.  So what’s the big deal?  Why do people get so upset at the use of a simple word like recovery?

Many people don’t believe in the concept of recovery from Autism, they discount the progress and claim those individuals were misdiagnosed or that they still have Autism and are being misdiagnosed now.  To them it is the same as talking about unicorns, it just doesn’t exist. This, despite the fact that it has been scientifically documented hundreds, if not thousands of times. Then there is the outrage of the adults in the Autism Community who claim that using a term like recovery makes it seem like Autism is a disease that anyone would want to “get over”.  They don’t feel that way. They believe that Autism is a part of who they are and to suggest that you could recover from it degrades the very essence of what it means to be themselves.  It is as offensive and distasteful to them as those who suggest you can “pray away the gay” to homosexuals.  It’s impossible to find an acceptable alternative to the word recovery if the reason it offends is intrinsic in the meaning.

Doctors have recently side stepped this emotional issue by coming up with a new word for when you no longer qualify for an Autism Spectrum Disorder, and of course, they chose an R-word!  Remission.  That’s right.  If a child is diagnosed with Autism and improves their skills to such an extent that they no longer have a disorder, a Doctor may deem them as having “Autism in Remission”.  I have talked with several families who have gotten this designation from doctors.  This is fascinating to me.  Remission?  Does that mean it could come back at any moment?  I asked a good friend who is on the spectrum what he thought of this new designation.  He’d never heard of it, but he didn’t care for it.  It made Autism seem even more like an undesirable disease.  He dismissed it as you would shoo away a pesky fly.  It was annoying but fairly inconsequential.

All this leaves me with a dilemma.  I want to talk about the concept of “recovery”.  I want to shout it from the roof tops.  I want to tell every family about the progress that is available for our kids on the spectrum.  I want them to know that, while all kids have different outcomes, there is a chance that if their child gets the right amount of quality ABA and it is started early enough, their child may not have to deal with the disabling aspects of Autism later in life.  I have seen this happen with my own eyes.  I have seen children go from self injurious, violent and non-communicative to be virtually indistinguishable from neurotypical peers.  I not only want to talk about it;  I need to talk about it.  I need people to know there is a chance their child doesn’t have to be hampered by a disorder their entire life and it doesn’t mean wiping out their individuality!  I need to talk about it, but I want to talk about it in a way that doesn’t alienate our adults on the spectrum who find these words and concepts offensive.  It’s important to me but I don’t know how to solve it.

I guess it comes down to semantics.  When I look at my son I don’t see Autism.  I see my son.  He is uniquely himself.  “Autism” as it is currently defined is a part of him, but like all of us, he is much more than the sum total of his parts and Autism is just one part of him.  I think about how I would feel if he told me that a word I was using to describe him was offending him.  I would want to stop using it.  I have been told by friends on the spectrum that using the word recovery is hurting them.  I was trying very hard to eliminate the word from my vocabulary.  I don’t want to offend anyone.  Then I was told that it was the very concept of the word that I needed to stop talking about.  That I can’t/won’t do.  The concept of recovery from Autism is real and scientifically proven.  I’m sorry it makes some people unhappy; but that doesn’t make it less real.  And stopping talking about it, in my opinion, hurts the children who are newly diagnosed.  So, like the rest of the Autism community, I forge on, stepping over mine fields, hoping for a new word  r-word, one that will unite us, lift us all up and take everyone’s feelings into consideration.  Until then I will stick with my favorite four letter word: HOPE.

Why We Need Schools That Better Support Kids on the Autism Spectrum
The Star Academy
We use cookies on our website to give you the most relevant experience by remembering your preferences and repeat visits. By clicking “Accept”, you consent to the use of ALL the cookies. Read our privacy policy.
.
Cookie settingsACCEPT
Manage consent