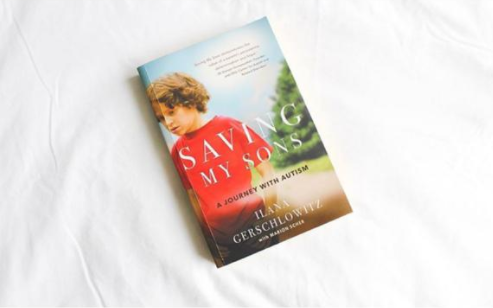 David was the perfect baby: he smiled, lifted his head, rolled over, sat up without support, crawled, pulled himself up into a standing position and walked at all the normal milestones. He played peek-a-boo and hide-and- seek, and loved his little blue scooter. He looked at us, and rewarded me with a huge smile when I tickled him. Apart from a little reflux at seven months, life was idyllic for the first ten months. Never for one minute did I even think about Autism Spectrum Disorder (ASD) or that my baby may land up with an ASD diagnosis.

The perfect life (before ASD)

From ten months, he suffered from recurring ear infections that the ear, nose and throat (ENT) specialist treated with antibiotics. Pretty normal for a baby, we thought. At about 11 months, diarrhoea and a high fever that lasted for seven days landed David in hospital. The paediatrician struggled for almost two hours to find a vein in which to insert the intravenous (IV) drip … and David fought and screamed the entire time.

We felt that this incident had really affected him adversely. When we went home, however, we suddenly noticed that our son didn’t want to look at us anymore. Something Autism Spectrum Disorder (ASD) children present with ie lack of eye contact. This was frightening. He also showed no interest in playing our usual games of peek-a-boo. Again a possible sign of ASD. The laughs, smiles or reactions that ‘normal’ babies his age use to communicate were gone; the sparkle in his eyes had dimmed … and the countless trips to doctors, specialists and therapists began. Life as we knew it – and as I’d so carefully planned it – was over. Now ASD had arrived on our doorstep changing our world forever.

No parent knows what the future has in store when they excitedly hold their newborn in their arms. For us the future would unfold like a horror story with shocks at every turn – but at the beginning we still hadn’t opened the book.

Raising children presents challenges for every parent, but raising David took intense courage. Raising a child with ASD is parenting on another level. In those early years, it was a one-way street of constant giving without receiving anything in return.

David was 18 months old when I began my search for answers as I suspected he had Autism Spectrum Disorder (ASD). He was unresponsive and had stopped developing just like children with ASD do. I’ll never forget my first visit to an occupational therapist, one well known for her expertise with babies. David walked into her therapy room and ran around in circles. This is common amongst children with ASD. He wouldn’t touch any equipment she presented him with and made no eye contact with her. She didn’t speak to David and instead tried to lure him with the usual baby toys, but without success. At the end of the appointment she told me there was certainly cause for concern, briefly mentioned the word ‘autism’ and ASD, then told me she wasn’t authorised to make a diagnosis of ASD. She mentioned that most kids looked at her fleetingly at least, but that David had made no eye contact at all just like children with ASD. She expressed the opinion that he was too young for a diagnosis of ASD and that we should come back in a few months’ time to determine if in fact he had ASD.

I left the therapy room with an uneasy feeling and a heavy heart. By the time I got home, I was in tears and fear had set in. I didn’t quite yet understand ASD nor did I have the information I needed on ASD to get David the help he desperately needed.

Looking back, I wish she’d confirmed the red flags of autism and ASD right then. If we had received an official diagnosis of ASD around that time, David could have started treatment for ASD much earlier and might even have recovered from ASD. We know now that early intervention is key for children who present with ASD.

In my heart, I simply knew that David wouldn’t ‘grow out of it’ ie he wouldn’t just miraculously grow out of ASD. I’d read about the developmental milestones; and knew they were there for a reason. I felt very uneasy that David wasn’t reaching them. I wasn’t prepared to lose valuable time and I wasn’t going to wait months to secure an appointment in search of a diagnosis of ASD. I was looking for confirmation of my worst fears, because I felt that the sooner I identified the problem, the better were my chances of improving our lives in the event that David did in fact have ASD.

At that stage of our journey, though, there was always someone to reassure us – incorrectly – that he was ‘a late starter and he’d soon catch up’. It couldn’t be autism or ASD, right? David looked so normal …

Had we listened to this advice, it may have been another three or four years before we looked for help. We’d have lost many years of crucial intervention and development had we not taken action immediately upon discovering that David was not developing on time and that he may be presenting with autism/ASD.

The next appointment was with the paediatrician. I described David’s bowel movements and his delayed development. The paediatrician diagnosed him with toddler’s diarrhoea and not with autism or ASD. He assured me the frequent bowel movements were insignificant and would pass. Once again, I was dismissed without progress.

We went on to consult a speech therapist trained in neurodevelopmental treatment (NDT), whom we had been assured was the best local practitioner in the field of delayed language acquisition. David cried and screamed for most of the consultation, refused to co-operate with her and wouldn’t imitate what she was doing. In a last attempt to escape the demands she placed on him, he threw himself on the floor, distressed and with his hands flapping. It crossed my mind that if she couldn’t manage his behaviour, she’d likely not succeed with the therapy or its ultimate goal of speech.

It was only when I found ABA for David that we started to see some progress and light at the end of the tunnel as David had been presenting with the symptoms of Autism and ASD.

Extract from Saving My Sons – A Journey with Autism. Book available on amazon, Takealot, loot and at local bookstores nationwide