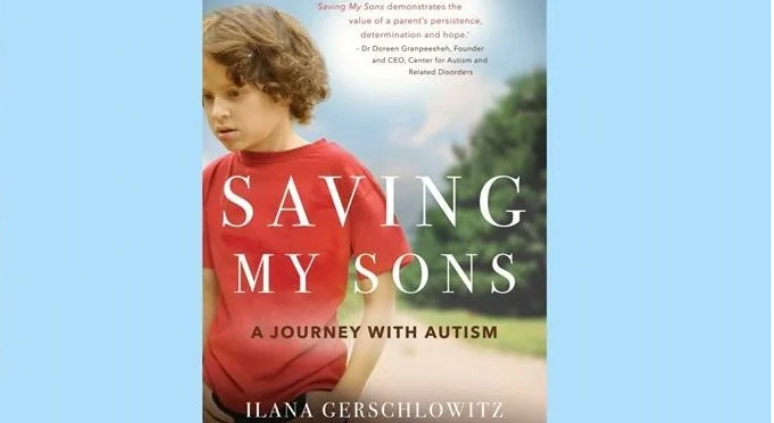 “If you want to help a child with autism, discard your biases and preconceptions and beyond all else, never ever give up!” Ilana Gerschlowitz told Parent24 recently.

The mom of three shares the details of her own sons diagnosis and treatment, passing on first-hand knowledge on how to tackle autism, in her new book Saving my Sons: A Journey with Autism.

Through sharing her experience Ilana hopes to provide parents with an understanding and awareness of steps that can be taken towards healing and recovery, and so she doesn’t focus on one methodology or treatment, but covers a wide range of options that can ultimately, she says, lead to defeating autism.

“Autism is not a disorder of the brain,” she insists, “It is a disorder that affects the brain.”

Recent statistics released by The Center for Disease Control in the US show that every 1 in 59 children are receiving an autism diagnosis. This staggering statistic points to a global crisis, Ilana says.

Autism statistics have exponentially increased over the years showing a steady incline in the number of children diagnosed, she told us. Early intervention is key, she says, but stresses that it’s never too late to start the right treatments.

Game on, not game over

“Parents should never give up on their hopes and dreams for their children,” she says, “Autism means game on, not game over!”

Autism is epi-genetic, meaning there is a genetic vulnerability and environmental triggers that expresses the genetics,” Ilana explains. “Triggers include the food we eat, the water we drink and our toxic environment.”

Some parents feel autism defines their child and they prefer to accept it, she says, rather than try to change it.

But she urges those parents to consider the interventions detailed in her book to simply be a tool they can use to help their children reduce the challenging behaviours that keep them isolated from society and strengthen the skills they need to more successfully interact with those around them.

Fight autism, not each other

Ilana says her oldest son David suffered from crippling anxiety during his teenage years and shares how to create a new normal when autism derails the functioning of a family unit.

Her message to other parents is to “fight autism, not each other”.

For example, not willing to accept that her son would remain non-vocal and without communication for life, she details how she overcame many roadblocks to extract his voice.

Not going to lose this fight

When her third son Aaron was also diagnosed with autism she refused to accept that she would lose two children to this debilitating diagnosis.

This was a fight she was not willing to loose, she says, before revealing that Aaron recovered from autism and today attends a mainstream school in Grade 1.

In her book, Ilana discusses recovery from autism which she is explains is not a new idea.

She hopes that parents raising children with autism or a learning challenge will read her book and feel hopeful, determined, inspired and informed afterwards.