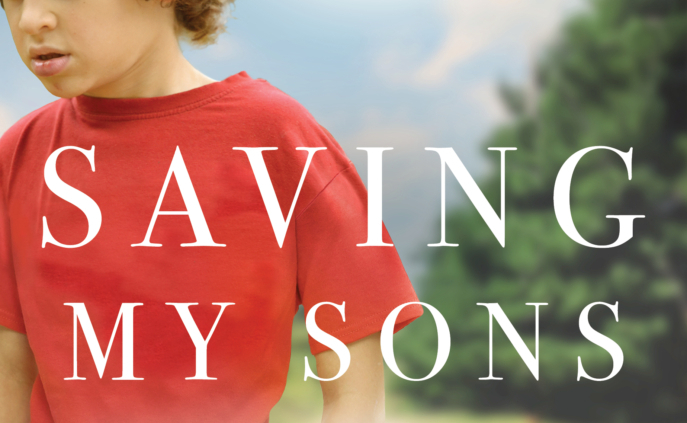 Being in public places like a supermarket could cause David, who is an autistic child severe anxiety. He would try to block out the noise as the crowded supermarket became too overwhelming for him. Shopping in Umhlanga was even harder than normal for him. As an autistic child can do he’d begun to restrict what he’d eat and would gag at the smell of certain foods. We didn’t know it then, but this was a result of Paediatric Auto-immune Neuropsychiatric Disorder Associated with Streptococcal Infections (PANDAS), which would still take us a few days to discover.

His outbursts of uncontrollable rage were astonishing to witness. This couldn’t be just because he was an autistic child? Surely something must be causing it? Suddenly, he would insist that all doors remain open. If we locked a door, he’d wake up in the middle of the night to unlock it. One evening in Umhlanga, I caught him unlocking the front door of our apartment and had to wrestle him to the ground to stop him going out. His irrational behaviour was escalating and we became quite desperate trying to figure out what had set this off. This was truly extraordinary behaviour for an autistic child.

Generally on the Sabbath, starting on Friday evening, we’re meant to get dressed in our best clothes and enjoy a family meal after attending synagogue. David’s day hadn’t improved and we’d spent it trying to calm him down. His obsessive-compulsive behaviours worsened. We feared the worst for our autistic child not knowing what to do or who to turn to for help.

For us there was no getting dressed up, or planning the Sabbath meal, or attending synagogue together as a family. Quite the opposite – we’d been looking after David for hours and it felt like the wheels had come off. Feeling scruffy and worn down by the events of the day, we decided to take him for a walk along the beachfront. This turned out to be a bad idea as we bumped into friends returning from synagogue along the way. Dressed to the nines, many were going to celebrate the Sabbath with family and friends over a warm, scrumptious meal. It felt like we weren’t able to do things normal parents do because we had an autistic child. Some people wanted to stop and chat, but we ‘rudely’ brushed them off and continued walking. We knew that any break in our walk could trigger an explosion from David – the autistic child as he’d been labelled.

Eventually that evening, David fell asleep. On a Sabbath – when we switch ourselves off from telephones, television or other distractions – we usually enjoy peace and tranquillity. During these times, we normally spend hours discussing David’s case and our next move. This time was no different. We brainstormed to find solutions for David. We were desperate for his improvement and resolute to find answers.

Only someone thoroughly trained in autism would have recognised that David, our autistic child, was presenting with the criteria for Paediatric Auto-immune Neuropsychiatric Disorder Associated with Streptococcal (PANDAS). Doctors who understand autism will always check for strep titres in the blood as part of their biomedical treatment approach, as this is a common marker to be investigated when deciding on how to treat an autistic child. Sadly, those who don’t understand autism or the behaviour of an autistic child will see PANDAS as unexplained manic and psychotic behaviour.

PANDAS patients test positive for a recent streptococcal infection, such as strep throat or scarlet fever. Like PANS (Paediatric Acute-onset Neuropsychiatric Syndrome) patients, they may also suffer from uncontrollable emotions, irritability, anxiety and loss of academic ability and handwriting skills. People caring for the autistic child or what they perceive as an ‘autistic child’ may observe flapping.

If your child has been diagnosed as autistic or as an autistic child, the possibility of both conditions being present should be investigated as soon as possible by a medical professional.

Saving My Sons – A Journey With Autism