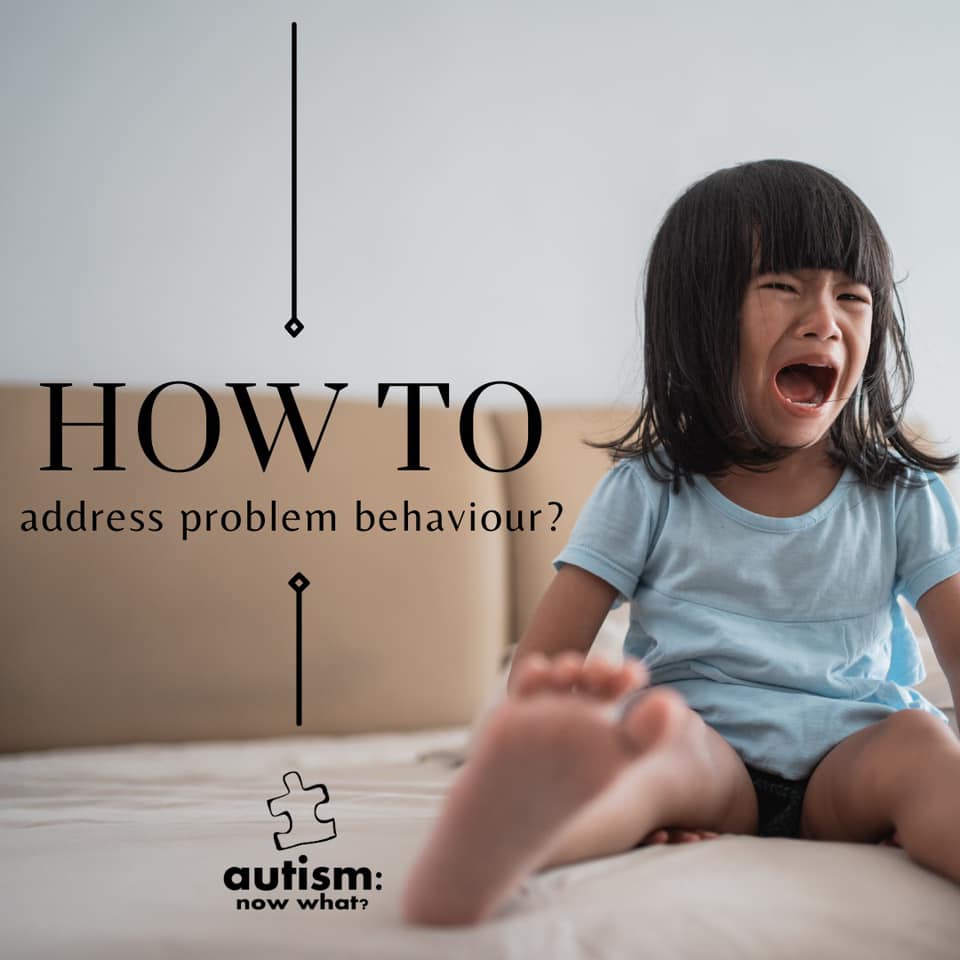 A child with communication deficits may engage in problem behaviour as a way to communicate or get their needs met. This is an important concept I learnt early on when David was diagnosed with autism.
Behaviour is considered problematic when it:
1. Interferes with the child’s ability to learn
2. Limits the frequency or quality of social interaction
3. Leads to property damage
4. Leads to injury of self or others
Once we taught David an appropriate way to communicate by using a communication program on his ipad to request for things he wanted and comment on his environment, his problem behaviors reduced dramatically.
In the same way, many children may have the ability to express themselves vocally, but don’t and use behaviour to communicate instead.
Through the principles of Applied Behaviour Analysis (ABA) we can change problem behaviours. The behaviour intervention plan often requires tweaking and modification. If one approach or intervention doesn’t work we use another one until we find a way to reduce that specific problem behaviour.
Often it is not the behaviour itself that is problematic but the frequency or intensity at which the behaviour occurs.
Many children can have OCD or repetitive behaviours and therefore the frequency at which the behaviours occur may interrupt their ability to learn and/or their functionality at home or in the classroom.
The function of a behaviour is the reason WHY the behaviour is occurring. What the child is trying to communicate with that problem behaviour.
The four functions of a behaviour are:
1. Attention
2. Access to a tangible
3. Escape
4. Automatic behaviour
David used to engage in automatic behaviours like repetitively asking the same questions or flapping his hands and repeatedly hitting his head. These behaviours were medically automated and required medical attention but at the same time my ABA team devised behaviour intervention plans to manage his behaviours.
For example, instead of him hitting himself or others we would redirect his aggressive behaviour to having him rather punch a bag or squeeze an emoji cushion. Once his automatic self- injurious behaviour would escalate I would apply his anti inflammatory protocol too. This immediately reduced the frequency of the behaviour.
How do we decrease problem behaviour?
Through the application of applied behaviour analysis we work on changing the consequences that occur after the behaviour, as well as, the antecedents that occur before it. We also focus on skill acquisition in order to teach replacement behaviour.
This is a brief description of how an ABA program can improve and reduce problem behaviours. ABA caters for the needs of the entire spectrum of autism.
ABA coupled with a good biomedical treatment protocol is a recipe for success. Good nutrition, removing food allergies, correcting nutritional deficiencies, reducing inflammation, addressing metabolic imbalances and supporting the immune system will go a long way in restoring health and functionality.
A child who is a picky eater or isnt sleeping will struggle to learn. As soon as we start treating the underlying causes of autism the ABA program yields the best results.
I know that many parents may feel despondent and saddened by their child’s problem behaviours. Please know that there is so much that can be done to change this. Boxing gloves on! Autism is treatable!
March 12, 2021/by The Star Academy
https://thestaracademy.co.za/wp-content/uploads/2021/08/163823970_10159464651941332_5391517184304842330_n.jpg 960 960 The Star Academy https://thestaracademy.co.za/wp-content/uploads/2017/09/star-academy-logo-new.png The Star Academy2021-03-12 10:56:572021-08-12 11:03:22How to address problem behaviour
Autism: Now what? Podcast with BCBA Tara Fortier